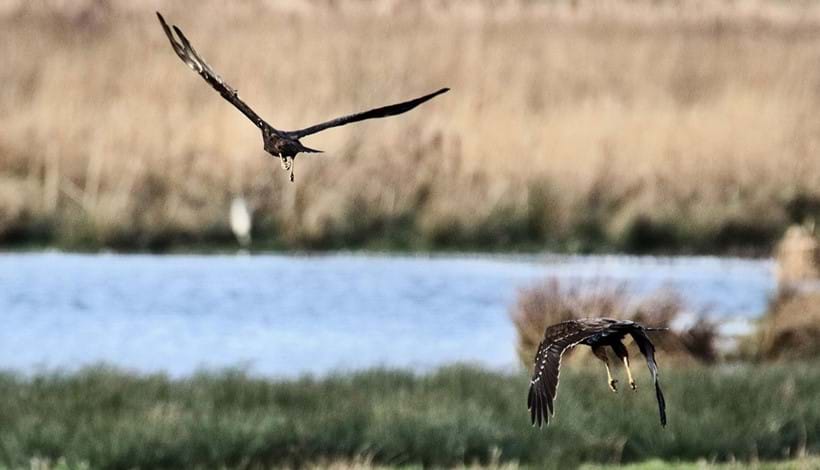 Jersey’s clean coastal waters and beautiful are a haven for all sorts of interesting wildlife. And you don’t have to be the next David Attenborough to get up close and personal with Jersey’s best loved critters.

Here are five of our favourite ways to see wildlife in Jersey. 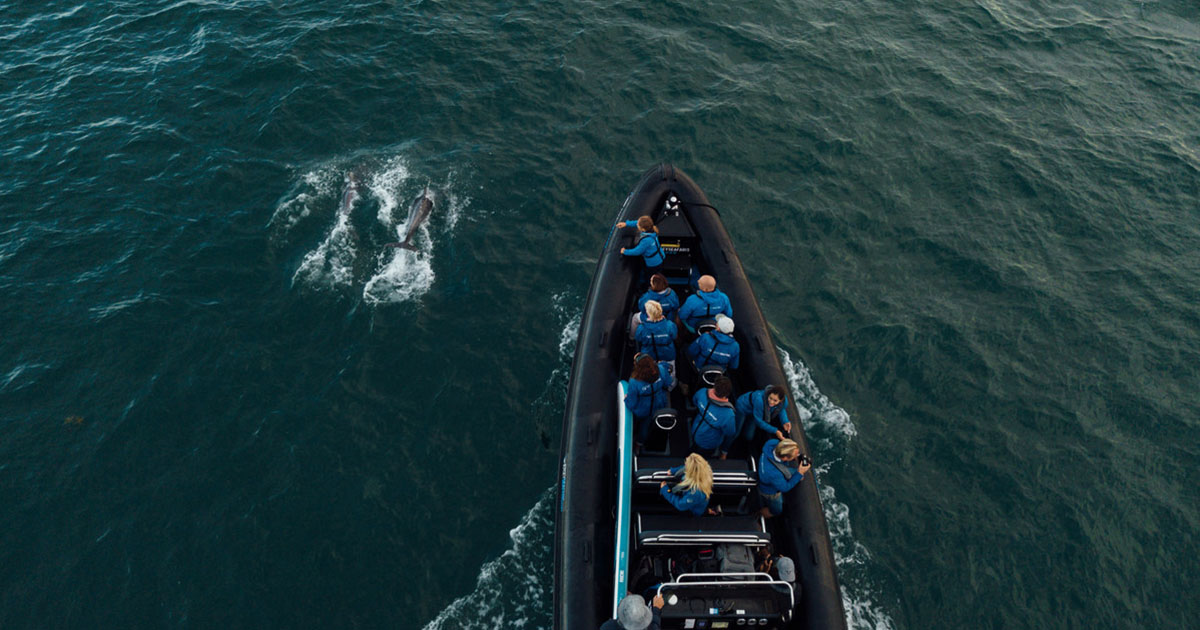 Take an island rib tour if you want to get this close dolphins.

During the summer months, it's not uncommon to see pods of dolphins frolicking just beyond the breakers at St Ouen’s Bay and along the North Coast.

But the best way to really check out Jersey’s dolphin population is to jump on one of the many rib tours and take a trip out to the Ecrehous, a picturesque collection of small islands and rocky outcrops six miles north-east of Jersey. As you blast your way across the waves, dolphins often join the party, following the boat and jumping high into the air just metres from where you’re sitting.

The Ecrehous are beautiful enough to warrant a trip on their own, but if you’re lucky enough to be joined by Jersey’s dolphins, it will be an unforgettable trip for the whole family. 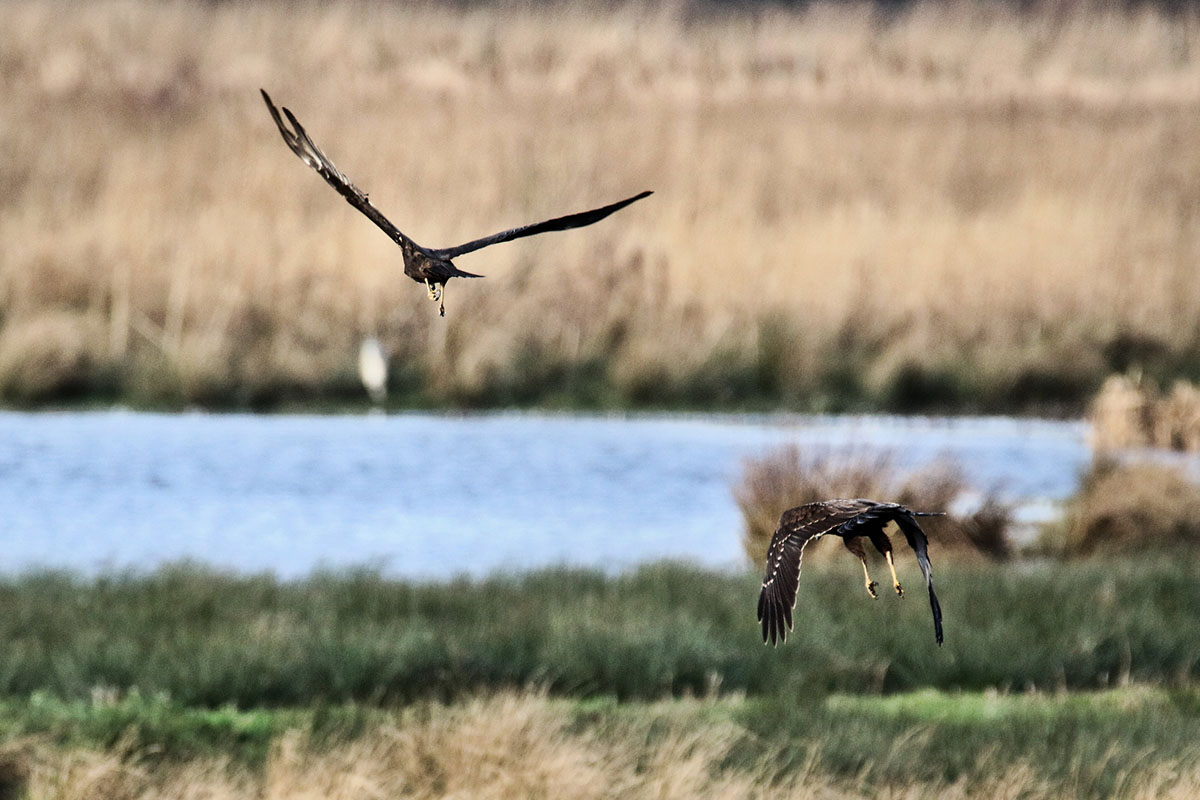 St Ouen’s Pond is one of the best places in the world to see Marsh Harriers.

Jersey is a bird watchers paradise.

But you don’t have to be an ornithologist to find the Marsh Harrier impressive. This elegant yet deadly bird of prey was successfully reintroduced to St Ouen’s Pond by the National Trust in 2001, after almost disappearing completely.

Since then the Marsh Harrier has flourished, and Jersey is now recognised as one of the best places in the world to see them in the wild.

From the comfort of the purpose built Wetland Centre, you can view Marsh Harriers and St Ouen’s Pond’s other inhabitants through the 16 different viewing windows. There’s also a bird and bat information wall so you can put names to everything you spot.

For more info about the The Wetland Centre and the National Trust in Jersey, head to their website.

Find a rare local puffin on the north coast 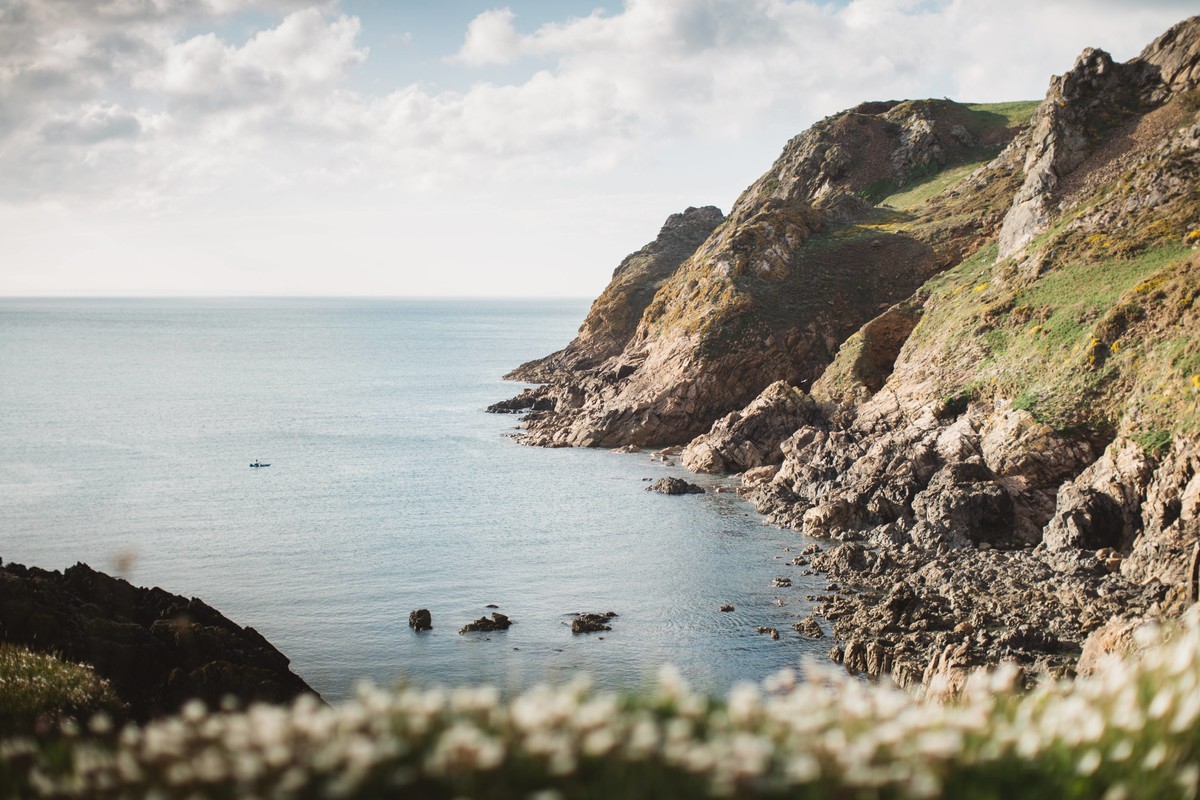 Beneath the cliffs at Plemont is the best place to spot Jersey’s puffin population.

Puffins are one of Jersey’s cutest and most elusive inhabitants. Their numbers have dwindled in recent years, but between April and July you can still spot them bobbing beneath the cliffs at Plemont.

For the best chance of spotting a puffin, take a pair of binoculars and head east from the Plemont Bay car park, along the cliff path for roughly 100 metres. Find a safe spot and then look down and you may well spot their distinctive orange beaks bobbing amongst the swell.

If you aren’t lucky enough to spot a puffin, the north coast is still teaming with other interesting birds including razorbills, fulmars and peregrine falcons.

The best way to explore the north coast is to walk the cliff path that runs from Plemont in the west to Rozel Bay in the east.

Meet the marine wildlife on a dive at Bouley Bay 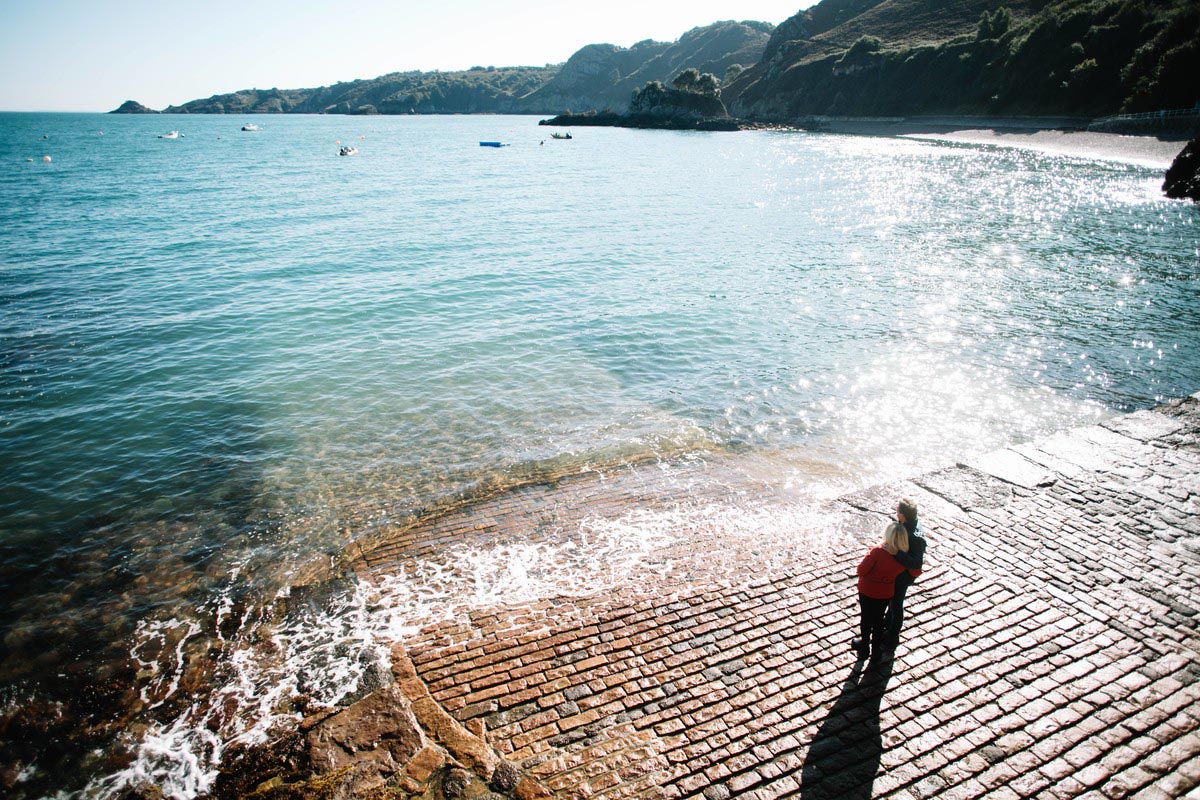 The clear waters of Bouley Bay are perfect for diving.

To meet some of Jersey’s strangest inhabitants you have to head to the depths of Bouley Bay.

Bouley Bay is the island’s premier dive destination, and the first stop for any budding divers who want to meet Jersey’s unique underwater marine life. The sheltered bay is perfect for novice divers, and the experience has been rated up there with dives in Indonesia and Australia.

Snorkel in shoals of fish at Beauport 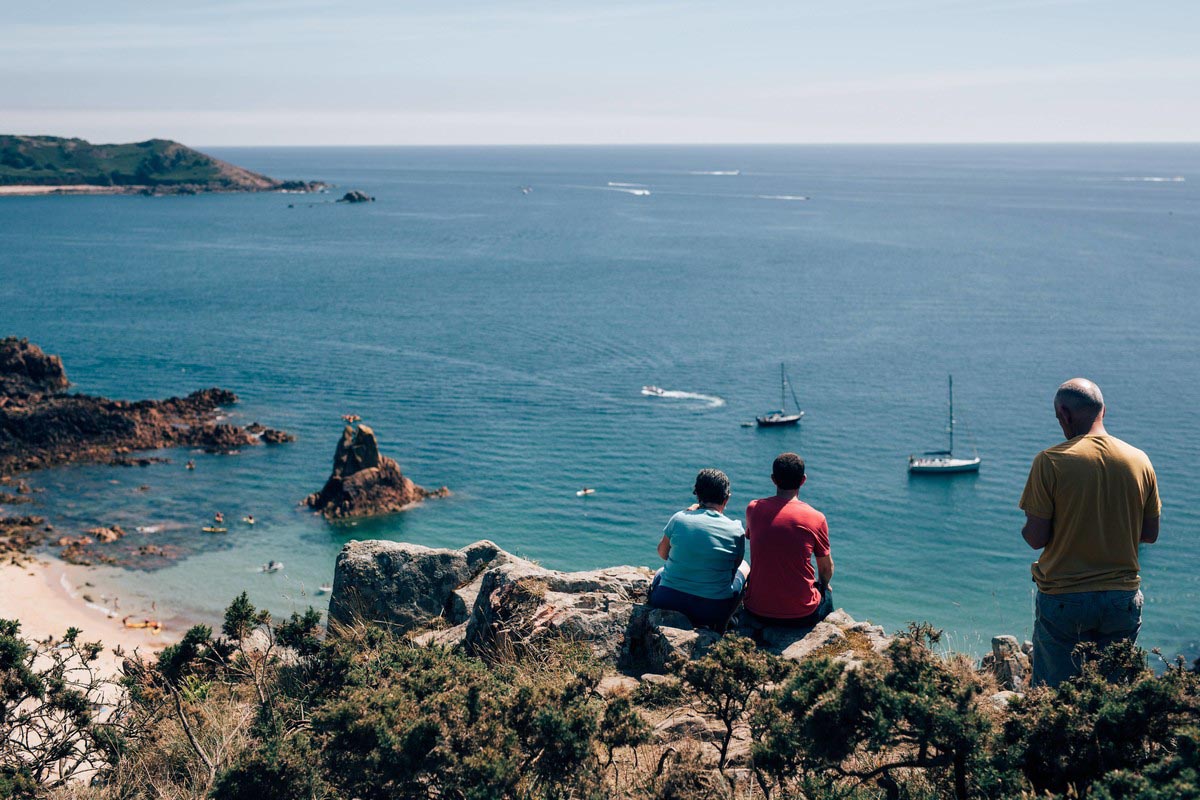 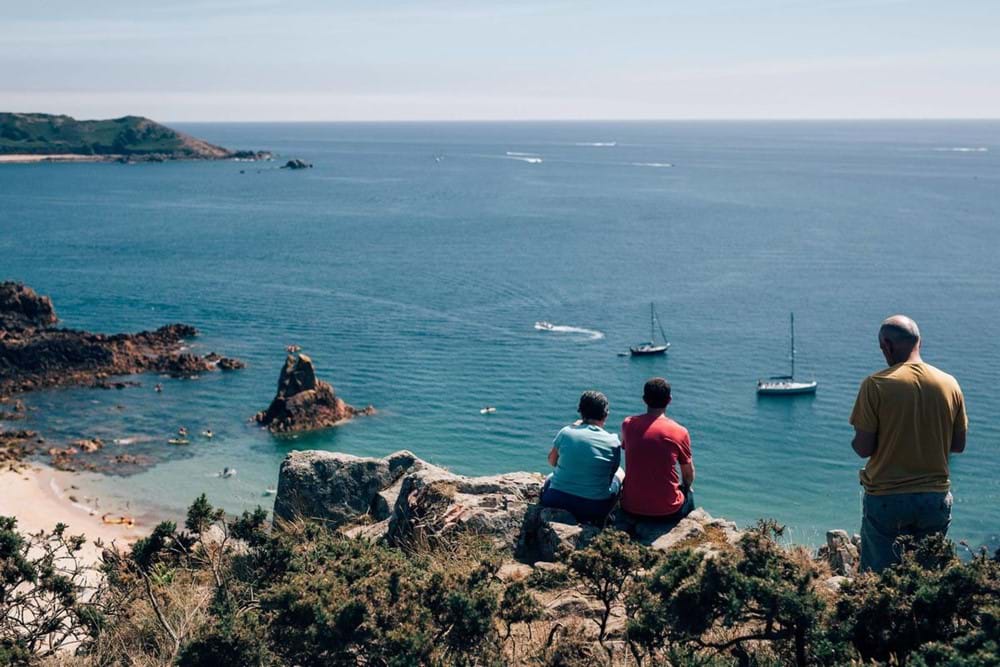 Beauport Bay is as beautiful from above as it is from below.

You don’t have to be in to diving to jump in the sea and spot different types of fish and crustaceans in Jersey. With just a mask and snorkel you can swim amongst the rocks and reefs at Beauport Bay and spot lots of interesting marine life.

The visibility at Beauport during the summer months can be incredible. You’ll see shoals of small silvery fish, and big bass and wrasse often cruise through the underwater caves and rocks.

Snorkelling should only ever be done by strong swimmers, and remember to never snorkel alone and always tell someone where you’re going.

We also recommend snorkelling on a rising tide as the currents will push you towards the beach.